Intracranial aneurysms are present in up to 4 percent of the population. These potentially dangerous vascular lesions are being detected with increasing frequency in asymptomatic patients by advances in noninvasive imaging techniques, such as magnetic resonance angiography (MRA). Appearing like blisters on the wall of the brain’s blood vessels, aneurysms develop when the blood vessel’s native repair ability is exceeded by the mild, but constant, injury created by flowing blood under high pressure. The five most common risk factors for developing an aneurysm are: smoking, female gender, high blood pressure, middle age and family history.

Intracranial aneurysms are complex lesions that require a highly specialized, multidisciplinary approach that is individualized for each patient. Key members of the care team for these patients include endovascular neuroradiologists, neurosurgeons with special expertise in aneurysm surgery and neuroanesthesiologists. Availability of dedicated neurocritical care units is an essential care component. A consensus recommendation by these specialists may include close observation, obliteration of the aneurysm with a surgical clip, or filling the vascular outpouching with filamentous coils that are introduced by endovascular microcatheters via an artery in the leg. This latter process is called “coiling.”

Those aneurysms that have a balloon-like opening, or neck, from the parent vessel are typically good candidates for coiling. Not infrequently, however, the aneurysm’s shape does not permit safe coiling. When the aneurysm’s neck is wide, it appears more like a molehill than a balloon. A molehill configuration is often referred to as a “wide-necked aneurysm.” The wide neck allows an unwanted protrusion of coils back into the artery. This can lead to a number of problems, including failure to obliterate the aneurysm and stroke. Thus, in situations where an aneurysm is not surgically accessible or the patient cannot undergo surgery, no therapeutic options can be offered.

Until recently, wide-neck aneurysms could not be treated by coiling. The U.S. Food and Drug Administration, however, has approved a tubular device called an intracranial stent to be used for such situations.

Stenting, however, produces another set of problems. A stent is a foreign body that can promote the formation of a blood clot inside the vessel, which is why patients are placed on two antiplatelet medications to thin the blood, usually aspirin and clopidogrel (Plavix®), after placement of a stent. The length of time required to thin the blood after stent placement is unclear, although stents may become incorporated into the vessel wall and covered with endothelium within weeks.

Since its introduction in 1982, transcranial doppler ultrasound (TCD) has evolved into a por­table, multi... 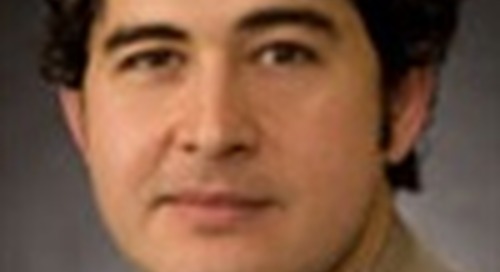