“The path to success is to take massive, determined action.” Self-help author Tony Robbins is on to something. To successfully beat lung cancer, meaningful action on a grand scale is required. November is Lung Cancer Awareness Month, a time when lung cancer survivors, families, caregivers, advocates and fundraisers focus their efforts like a laser to increase awareness of this disease.

Lung cancer is the leading cancer killer, but researchers are working to find better screening methods to catch lung cancer earlier, and better treatments to improve survival rates. Between 2003 and 2012, the number of cases of lung cancer and death rates declined.

Here’s where we stand in 2016 and what you can do to help prevent lung cancer, raise awareness of the disease and promote research.

The facts about lung cancer

In 2006, the National Cancer Institute proposed a $6 billion budget for ongoing general research and for specific cancers. A review of the funding for the five biggest cancers revealed a large disparity in money spent relative to each cancer death and each new case of cancer. Lung cancer was awarded the least funding among major cancers, $1,630 for each lung cancer death. Breast cancer, in comparison, received the most funding: $13,452 for each breast cancer death.

In 2013, a new federal law required the National Cancer Institute to make comprehensive research plans for high-mortality cancers, with priority going to lung and pancreatic cancer.

The stigma of lung cancer

Lung cancer lags in support and funding for research partly because of the strong, pervasive stigma associated with this disease.

Decades of anti-tobacco campaigns have saved hundreds of thousands of lives by preventing smoking and encouraging people to quit. But there’s speculation that these campaigns also have been incredibly successful in sealing the connection between smoking and lung cancer in the public’s mind.

The unintended consequence has been to create stigma. Lung cancer has become known as “smoker’s disease,” creating the damaging perception that people with lung cancer have brought it on themselves.

If you’ve been a smoker, ask your health care provider if you should be screened for lung cancer. You qualify if you are 55 to 77 years old and smoked at least one pack of cigarettes a day for 30 years, and either still smoke or quit in the past 15 years. If you do smoke now, ask your provider about programs to quit.

If you or a loved one has lung cancer, talk to your provider to learn about clinical trials and new developments that promise hope for lung cancer treatment. If you or someone you know needs inspiration, you can read stories of lung cancer survivors, caregivers and advocates at Lung Cancer Awareness Month. You also can use social media to share stories of survivors, family members or others you know who have been affected by lung cancer using the hash tag #LCAM.

Working to change the perception of lung cancer can lead to greater support and funding for research, which could increase survival rates and help turn lung cancer into a manageable, chronic disease.

If you’d like to get involved in the fight against lung cancer, the American Lung Association sponsors Lung Force Walks and Run/Walks, and has volunteer opportunities. The American Cancer Society also welcomes volunteers and participation in events.

At the Swedish Cancer Institute, we use the most advanced science to customize lung cancer treatment. We also are conducting 17 clinical trials on lung cancer, and patients may be eligible to participate in one of these studies.

To learn more about our services or clinical trials, call 1-855-922-6237 to talk to someone or make an appointment.

Talking to your child about the election

After a tumultuous election cycle, it may be difficult for parents to discuss or start a dialogue with thei... Mental illness is a reality for millions of Americans of all ages, races and cultural backgrounds. “It does... 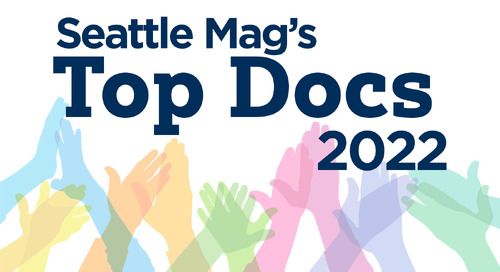