Home » Swedish Blog » Is it RSV or a cold? Recognizing common childhood illnesses
× Share this Article

Is it RSV or a cold? Recognizing common childhood illnesses 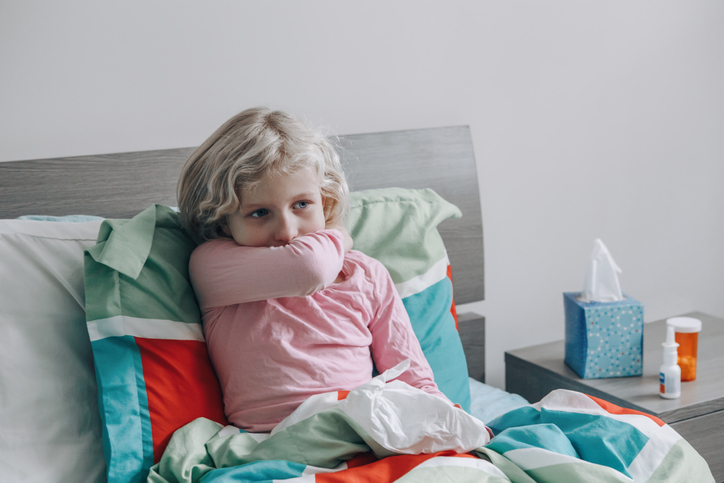 If you’re the caregiver of a school-aged child, you probably spend just as much time monitoring your child’s health as you do their homework and screentime. Children are susceptible to illnesses that adults may not be familiar with – until their child gets sick or is exposed to a sick playmate, or they get a letter warning of a contagious illness in the classroom.

Here’s a list of some common childhood illnesses. Keep it handy so you can quickly spot symptoms and learn what to do if your child is exposed.

Respiratory syncytial virus causes common cold symptoms in older children and adults, but this illness can range from mild to very severe in young children. Children commonly have a lot of congestion and a cough and fever. RSV frequently affects the lungs of young children, causing wheezing and difficulty breathing. It also may be difficult to keep infants adequately hydrated. Medical attention is sometimes necessary and occasionally infants require hospitalization. Symptoms usually show up two to eight days after exposure.

This viral illness (caused by human herpesvirus 6 & 7) usually affects children under age 3. It begins with a sudden high fever (around 103 degrees F) for two or more days. Mild congestion and cough are also common. The fever ends abruptly while a patchy pink or red rash (that briefly turns white when touched) develops, beginning on the chest. Ten to 15% of children may have febrile seizures during the fever phase. A child who is exposed and susceptible to roseola will develop symptoms within two weeks.

Viral respiratory illnesses cause cold symptoms only in most people, but some (most commonly parainfluenza virus) can cause airway inflammation near the voicebox in children under 6. Children with croup abruptly develop a deep barking cough, which often is worst in the middle of the night. A hoarse voice, congestion and fever are also common. More severe airway inflammation can cause stridor (a harsh, tight sound during inhalation), shortness of breath and breathing difficulty. Symptoms improve significantly during the day and resolve within a week. This condition is often mild, but medical attention is recommended if a child has difficulty breathing. Illness usually begins two to five days after exposure.

Children with this viral illness (parvovirus B19) develop bright red cheeks with or without other cold symptoms, mild fever or joint pain. A child also may develop a red blotchy and later lacy-appearing rash that starts on the torso and spreads outward. Pregnant women should contact their health care provider if they are exposed to this illness. Children are contagious only before they get the rash. Illness usually develops within two weeks of exposure.

This syndrome, caused by coxsackievirus, is very common in the summer and fall and can occasionally affect older children as well younger ones. Children develop painful blisters in their throat and on the palms of their hands and the soles of their feet. Blisters may also appear in the diaper area and spread beyond the defined areas. Children may have a fever initially, and some are difficult to keep hydrated due to throat pain. Symptoms often begin three to six days after exposure.

This bacterial infection (streptococcus pyogenes) is common in school-age children but rare in toddlers and infants. Children typically develop a severe sore throat, fever, headache, abdominal pain and swollen lymph nodes in their neck. This illness is called scarlet fever if a child also develops a red sandpaper-like rash. Strep can travel quickly through families and classrooms with one to five days between exposure and symptoms. Strep infections need to be diagnosed and treated by a medical professional.

Older children and teenagers are most susceptible to this virus (Epstein-Barr). Common symptoms include sore throat with swollen lymph nodes, fatigue and occasional abdominal pain from an enlarged liver and spleen. Mono spreads through touch, kissing and sharing cups or food. Symptoms usually appear four to six weeks after exposure, but only about 50% of those who become infected develop symptoms.

Children under 6 have an average of six to eight colds a year (children in daycare often have even more), with most in the fall and winter. They are caused by hundreds of strains of rhinovirus, coronavirus and others. Classic symptoms include congestion, cough, sore throat and occasionally fever at the beginning of the illness. Colds usually last one to two weeks and occasionally can lead to complications such as ear infections, sinusitis or pneumonia. Symptoms usually begin within one to five days after exposure if a person is susceptible to the viral strain.

The flu can affect anyone, and different strains circulate from year to year. The flu typically strikes hard with rapid development of high fever, chills, congestion, cough, sore throat, headaches and body aches. It typically affects communities in outbreaks during the winter. Complications such as pneumonia are more common in young children and those with chronic health conditions. Influenza can usually be prevented with annual flu shots. The flu spreads quickly, with one to four days from exposure to the beginning of symptoms.

"Stomach flu” affects people of all ages and is usually very contagious. It is most often caused by viruses such as norovirus, but may also be caused by some bacteria or parasites. Children usually first develop vomiting and a fever followed by watery diarrhea. Abdominal pain is common and headaches sometimes occur. Dehydration requiring medical attention is possible. Symptoms generally persist for less than a week. Rotavirus vaccine, given orally to young infants, protects against one of the most common and severe causes of gastroenteritis. This illness typically begins two to 10 days after exposure.

This bacterial infection (bordetella pertussis) is less common, typically occurring during periodic community outbreaks. Symptoms begin as a runny nose and a mild cough for one to two weeks. Then the cough evolves into violent, uncontrollable spells that may end with vomiting, a blue or red face, or a “whoop” during the recovery inhalation. Infants may have apnea (breath holding) at the beginning of the illness and are often severely affected, with many requiring hospitalization. The coughing spells persist for six weeks or longer. Medical attention is recommended to confirm the diagnosis and provide treatment. Vaccinations are given throughout childhood to attempt to prevent this disease, though immunity to pertussis wanes over time. Symptoms usually begin five to 10 days after exposure.

With so many illnesses circulating in the community, it can be difficult to keep children healthy. People with illnesses on this list are generally most contagious early on, and when they have a fever or diarrhea, or are vomiting. Infections can be contracted by inhaling cough or sneeze droplets, touching or mouthing objects that have mouth or nose secretions, and via contaminated hands touching surfaces or another person directly.

Illnesses can be prevented with frequent hand washing, use of hand sanitizer, disinfection of contaminated surfaces and by not sharing eating utensils. In an effort to limit the spread of infections, daycares and schools have guidelines regarding when children with contagious illnesses can attend, so it is wise to be aware of their recommendations or discuss your child’s status with them.

If you have questions about your child’s health, contact the pediatrics department at Swedish. We can accommodate both in-person and virtual visits.

For quick pregnancy and parenting answers, ongoing education, a handy symptom checker and more, download the Circle by Swedish app.

Swedish Hospital doula program for all women, no matter their delivery plans

When first-time mom Jessica Bertrand heard about the Swedish Doula Program from her doctor, she knew it was...

Mobile technology has revolutionized the way we work and live, and now it’s helping people with disabilitie...