Spring allergies may make it difficult to swallow 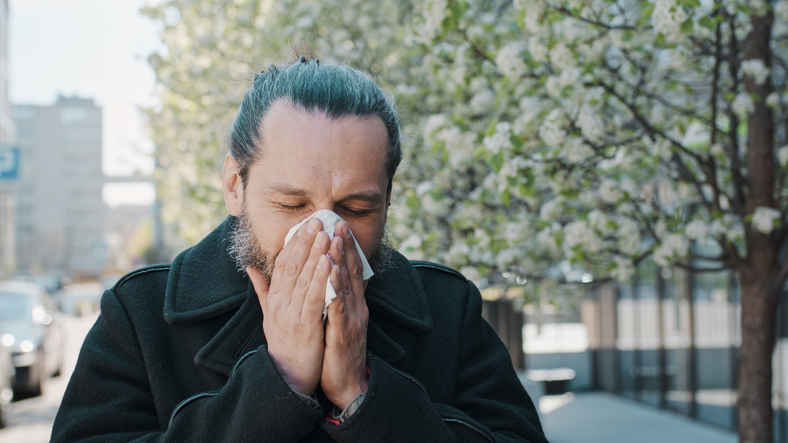 Eosinophilic esophagitis is a disease characterized by the presence of a large number of eosinophils, a type of white blood cell, which causes inflammation in the esophagus. This inflammation can lead to stiffening or narrowing of the esophagus, which can lead to difficulty swallowing (dysphagia) or food getting stuck in the esophagus. The cause in adults has not been clearly identified, but an allergic reaction to environmental and/or food allergens have been suggested in individuals who are genetically susceptible. There is a strong association with food allergies, environmental allergies, asthma, and atopic dermatitis. Hence the worsening of symptoms during spring and fall. This condition was initially thought to be rare, but has been increasing over the years, possibly due to increasing recognition. Current estimates of this condition may be as high as two to three per 10,000 individuals.

The most common presentation is dysphagia, or difficulty swallowing solid foods, and a history of food impaction in which food gets lodged in the esophagus and is unable to pass into the stomach. Most adults with symptoms are between the ages of 20 to 40, although there have been cases of adults presenting at much later ages. Other less common symptoms include heartburn, chest pain and/or upper abdominal pain. In patients suspected of having eosinophilic esophagitis, the first diagnostic test is typically an upper endoscopy, in which a thin, flexible tube with a camera evaluates and takes biopsies from your esophagus. Biopsies reveal a high number of eosinophils, and the diagnosis is confirmed by excluding underlying acid reflux disease.

There are two basic approaches to treating eosinophilic esophagitis. One is to use medication (steroids to coat the esophagus), and the other is to change your diet. The most common dietary change is a six-food elimination diet, in which you remove milk, egg, soy, wheat, nuts/tree nuts, and fish/shellfish. A targeted-elimination diet can also be considered as well as referral to an allergist/immunologist. Currently, treatment is directed at controlling symptoms, reducing eosinophil levels in the tissue, and preventing complications of the disease, such as food impactions.

If you have questions about seasonal allergies, contact the allergy and immunology department at Swedish. We can accommodate both in-person and virtual visits. Get Back your Music Sessions at the Multiple Sclerosis Center

The Multiple Sclerosis (MS) Center at Swedish is offering a new music program for practicing and formerly p...

Today is Ethiopian Easter.  It is the culmination after 55 days of penance.  55 days of fasting, no animal ...