Blood thinners and how they can affect the GI tract

Anticoagulants and antithrombotics, commonly known as blood thinners, are used for a variety of medical conditions. They are particularly useful in preventing strokes and heart attacks in many people. But they also can cause bleeding in the gastrointestinal tract, which can be life threatening in rare cases.

If you take blood thinners regularly or have cardiovascular disease and may be prescribed thinners in the future, here are some important facts about these commonly prescribed medications and how they can affect your gastrointestinal (GI) tract.

Aspirin and NSAIDs: Aspirin is used to prevent strokes and heart attacks. Many people with heart disease take a daily dose of "baby" aspirin, about 81 milligrams. Most patients generally tolerate aspirin well, but even in small doses aspirin can irritate the intestinal lining and lead to bleeding. If you have a history of gastrointestinal bleeding, such as an ulcer, you should confirm with your doctor that it is safe to take aspirin. Non-steroidal anti-inflammatory drugs, or NSAIDs, also can damage the GI tract and lead to bleeding. NSAIDs are commonly found in over-the-counter pain relievers and even cold medicine. Let your doctor know if you take any of these medicines.

Clopidogrel: This drug is most commonly taken by people who have had a heart attack and have a stent in one of the vessels supplying the heart muscle. Clopidogrel prevents the blood vessel and stent from becoming blocked again. It’s commonly used in combination with aspirin.

Warfarin: This is one of the most effective blood thinners. It requires special blood tests to ensure that the dosing is correct for each patient. Doctors prescribe warfarin for patients who have an abnormal heart rhythm called atrial fibrillation, an artificial heart valve, or a history of stroke or blood clots. Serious bleeding can occur in the GI tract if the dose is too high, or if warfarin interacts poorly with other medications and some foods.

Novel anticoagulants: There are several new medications that are being used in place of warfarin to prevent blood clots in patients with irregular heart rhythms. These include rivaroxiban, apixiban and dabigatran. These medications don’t require regular blood testing. However, unlike warfarin, most of these drugs can’t be countered quickly if a patient has serious gastrointestinal bleeding.

If you are taking a blood thinner, call your doctor right away or seek emergency treatment if you have these symptoms:

If you plan to have a GI procedure such as a colonoscopy or upper endoscopy, tell the doctor performing it if you are on blood-thinning medications. It’s now considered safe to undergo most GI procedures without stopping aspirin. But if you take warfarin, you will need to tell the doctor who prescribes it that you are having a procedure. He or she will instruct you on when to stop warfarin and if you need to take other medication in its place.

Patients usually need to stop taking other blood thinners two to seven days prior to a GI procedure. You should ask your doctor for specific instructions on when to stop your medications. 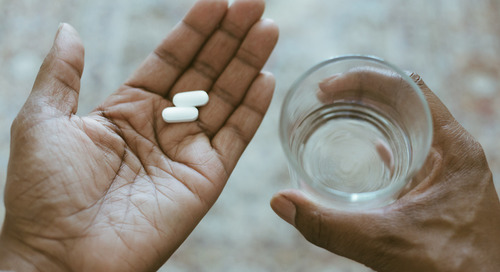 What to do when your child's legs aren't straight

Many children have bowed legs or knocked knees. Read on to find out what is normal and when you should seek...