Home » Swedish Blog » Liver disease and acetaminophen: can you take it safely?
× Share this Article 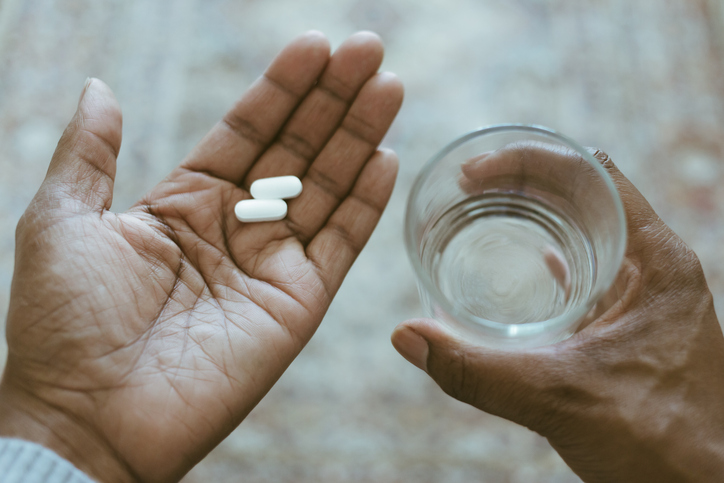 “My doctor told me I can’t use acetaminophen because I have liver disease. Is that true?”

Doctors often tell patients with liver disease that they shouldn't use acetaminophen, a common over-the-counter pain reliever found in Tylenol and many other cold and flu medications. Acetaminophen is broken down by the liver and can form byproducts that are toxic to the liver, so this warning is not completely without merit.

But take it from a hepatologist, acetaminophen is the best option for pain relief for people with liver disease.

The dose is the key

Acetaminophen is a “dose-dependent hepatotoxin,” which means that its toxic effects on the liver are related to the amount taken. If anyone takes too much, even those with healthy livers, it will reliably cause an acute injury to the liver. In fact, acetaminophen is the most common cause of acute liver failure in the United States, accounting for almost half of all cases.

The good news is that liver injury can be avoided by limiting the amount of acetaminophen taken each day to 3,000 mg for most people and 2,000 mg for those with chronic liver disease. Staying within these limits will generally prevent liver injury. But the toxic byproducts can accumulate, so it’s best not to take acetaminophen every day.

When acetaminophen does injure the liver

More good news: It’s unlikely that taking acetaminophen over time causes chronic liver disease or cirrhosis. And when acetaminophen does cause liver injury, there is an effective antidote that can reverse the damage when started early. This drug is called N-acetylcysteine, or NAC.

Most patients who receive NAC within 24 to 48 hours of an overdose of acetaminophen get better, and even those who progress to liver failure usually recover without the need for a liver transplant. Because of this, liver injury from acetaminophen is considered an “all-or-none” phenomenon; that is, either the patient doesn’t recover and needs a liver transplant to survive, or there is complete recovery without long-term liver damage.

What about opiates and NSAIDs?

For those with chronic liver disease, options for a safe and effective pain reliever are limited.

Patients are told to avoid opiates, such as oxycodone, because they can have undesirable side effects such as constipation and sedation, and they can be addictive. Opiates are also broken down by the liver and this process can cause even worse side effects, such as serious mental confusion in patients with liver dysfunction.

Another class of pain relievers are non-steroidal anti-inflammatory drugs, or NSAIDs. These over-the-counter drugs include ibuprofen (Advil, Motrin) and naproxen (Naproxyn, Aleve). However, NSAIDs can cause kidney damage, and patients with chronic liver disease are particularly susceptible to this.

So while patients with chronic liver disease should minimize their use of acetaminophen and opiates, they should avoid NSAIDs altogether to help protect their kidneys.

Acetaminophen is found in many medications, particularly over-the-counter cold and flu preparations such as some types of NyQuil, DayQuil, Sudafed, Robitussin and Alka-Seltzer, to name only a few. It’s also found in prescription pain relievers, in combination with opiates. These include Percocet, Norco and Vicodin.

It’s important to be aware of the ingredients in all of your medications, so you don’t inadvertently take too much acetaminophen.

Ask your doctor if you have any questions about whether a particular drug is safe to use, and understand why he or she might warn you about the dangers of taking acetaminophen.

If you have concerns or questions about liver disease and pain, or any other aspect of this condition, the Swedish Liver Center can help. Call 206-215-1437 for an appointment.

New guidelines have been published for celiac disease and introducing gluten to an infant’s diet. They incl...

Blood thinners and how they can affect the GI tract

Anticoagulants and antithrombotics, commonly known as blood thinners, are used for a variety of medical con...