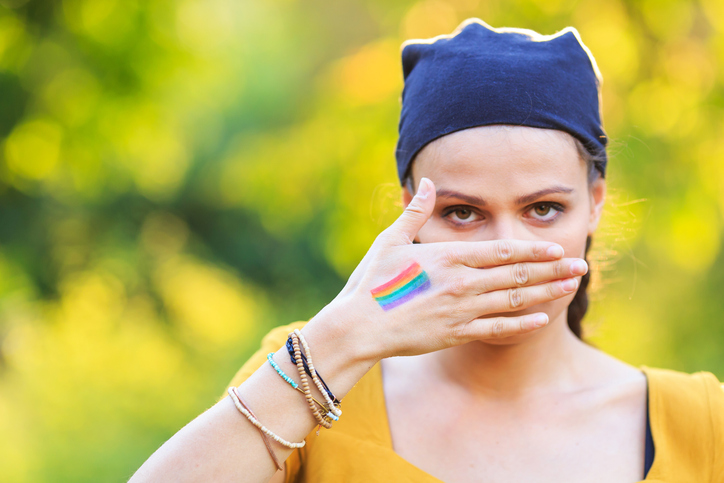 Every April, a Day of Silence is held by the Gay, Lesbian & Straight Education Network (GLESN) to spread awareness of the bullying and harassment LGBTQIA+ students face in their schools. On April 22—this year’s Day of Silence—we here at Swedish stand with these students and recognize they have a right to respect, dignity and safety.

Over 20 years ago, I was a closeted queer kid in a conservative Georgia middle school. The rumors that I was gay started before I even had realized it myself. As a result, I was mocked and ostracized. My peers would avoid being near me or make crude remarks. My parents heard the rumors from other parents who had heard it from their kids and I was interrogated. It was made clear under no uncertain terms that I was not allowed to be queer, not in my school and not in my home. So, I stayed in the closet where I was safer. Things have changed since then and have gotten better for LGBTQIA+ (lesbian, gay, bisexual, transgender, queer, intersex, asexual, and plus) kids but not nearly enough.

LGBTQIA+ students, while more visible than ever, face many obstacles their cisgender and straight peers will never experience. Legislations across the country are introducing record breaking numbers of bills targeting LGBTQIA+ rights; this year alone, there have been some 300 bills before lawmakers nationwide.

Florida managed to pass the Don’t Say Gay bill into law and Ohio is attempting to replicate it in their state. Sixteen states have laws banning transgender students from participating in sports that align with their gender identity. The Centers for Disease Control and Prevention (CDC) recently came out with a report showing lesbian, gay, and bisexual high school students are four times more likely to attempt suicide than their straight peers.

To draw awareness to the bullying and harassment LGBTQIA+ students face in schools and the harm caused by these issues we observe the Day of Silence, when LGBTQIA+ students and their allies are encouraged to take a vow of silence as a demonstration of solidarity with LGBTQIA+ students and youth. Our silence can range from a designated time to the full day. Some may cover their mouths with tape or stickers to further symbolize their commitment to the day and bring awareness. GLSEN’s Day of Silence website suggests ending the day with a Breaking the Silence rally, with their own being broadcast virtually on their Instagram at 7pm EST/4pm PST.

To highlight the present-day experience of LGBTQIA+ students a parent of a transgender child and Swedish LGBTQIA+ Patient and Family Advisory Council (PFAC) member has graciously shared a story with permission of their child:

"In September of 2021, my child entered back into our school system with a new name, pronouns, and appearance. As a parent, I feared how middle school would treat them. In many ways unexpected, I was pleasantly surprised. Our school district seamlessly changed their name electronically, and my child used the bathroom of their choice with no flack or pushback. I recognize that these are the rights that youth and parents are fighting for tooth and nail elsewhere. At times I have even questioned my right to fight for more, knowing how lucky we are where we live. However, I can be both grateful and advocate for more.

My child’s trans visibility is not always easy. My child is misgendered by almost everyone at school outside of a small circle of people. In the early months of school, my child was taunted repeatedly by a student who stood by their locker repeating 'gay, gay, gay.' My child had to go to their school counselor and report this harassment three times before a parent was contacted. They were appeased and assured that the other student was giving other kids a hard time and were told not to provoke the other student. The word gay is used pejoratively by students daily with no call out or correction from the adults in the room.

When my child has advocated for themselves, they have felt silenced and dismissed. The school counseling department encouraged students to suggest topics they would like discussed in their advisory class. However, when my child asked for there to be a talk about gender diversity, they heard responses such as 'we are with you, but we have to be careful.' In that conversation, I witnessed my child being covertly told don’t rock the boat and we don’t want to make the majority uncomfortable. Or in other words, 'stay quiet, and all will be okay, but don’t try and be too visible or too loud; that makes others uncomfortable.'

My child must be brave to be outwardly trans, and I grieve that their courage is required to be their authentic self. My child scans the world for signs of where they will feel safe and where they should anticipate prejudice. My child should see themselves in the school leadership, curriculum, and sex and gender education. But they don’t. LGBTQ+  visibility is essential in our schools because my child and the many children like them deserve the freedom to feel safe and to be their authentic selves at school, as does every other child."

It is stories like this that show there is still so much work to be done. The Day of Silence gives a platform for students to protest the unfair treatment of themselves and their peers. It allows them to not only blatantly demonstrate how they have been silenced but ends with shouting and speaking out against the discrimination they face.

If you are interested in joining Swedish’s LGBTQIA+ PFAC or sharing your experience as a patient, visit our website.

Here at Swedish, we are working hard to improve care for our LGBTQIA+ patients of all ages through education and outreach. To assist our transgender patients in finding care and assistance we have a transgender health navigator. We are also promoting hormone replacement therapy and pre-exposure prophylaxis training for clinicians to expand care. There is still more work to be done but we are committed to advancing the quality of LGBTQIA+ healthcare. 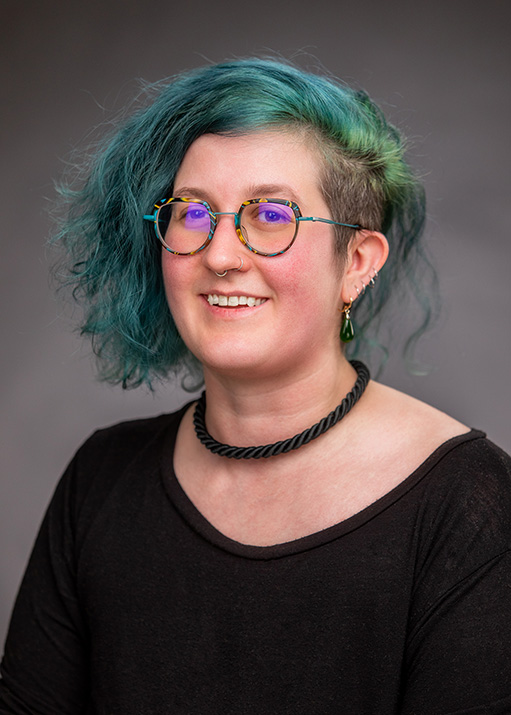 University of Michigan Voices of Transgender Adolescents in Healthcare 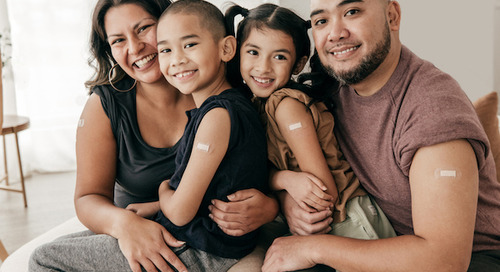 We’re celebrating the lifesaving work of scientists and researchers, and individuals and families in protec... 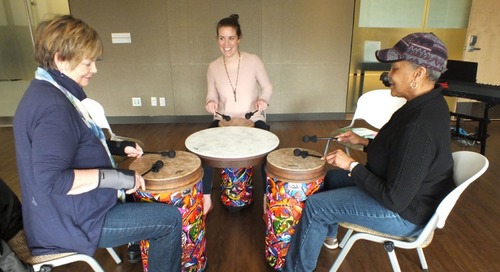 At its 10-year anniversary, the Swedish MS Center marks a decade of healing