Home » Swedish Blog » Ovarian cysts: When should you worry?
× Share this Article 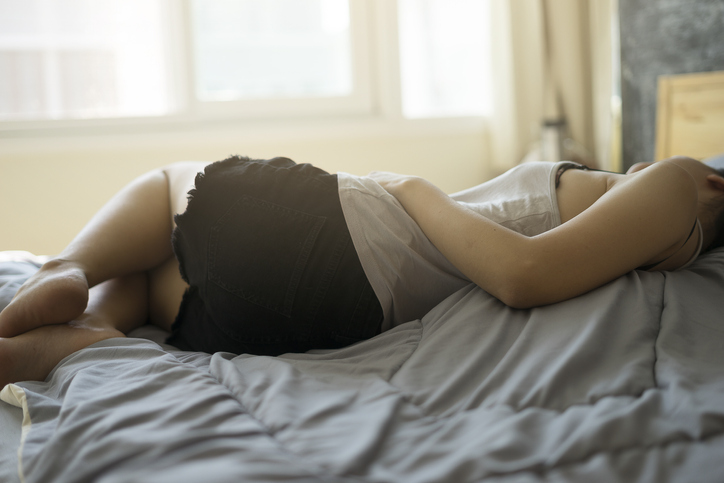 It can be frightening to hear the phrase “ovarian cyst,” but start with this knowledge: Ovarian cysts are a naturally recurring part of the ovulation cycle and most of the time, they resolve themselves without intervention.

But in a small minority of cases, ovarian cysts signal the presence of cancer. That’s why many of the women who visit Swedish gynecologist Dr. Eleanor Friele M.D., are worried.

“We have to deal with that up front,” says Dr. Friele. Patients who come to her often have seen a worrying ultrasound and experienced some pain. “Many times they are terrified of dying of cancer. The good news, though, is that the majority of ovarian cysts “have nothing to do with cancer,” she says. “They are benign.”

Where cysts come from and where they go

Occasionally, these cysts remain and grow up to 2 to 3 inches. But these, too, usually resolve naturally within a month or two.

When a health care provider examines these benign cysts via ultrasound, they tend to be clear, with no particles, no dividing walls and no nodules. It’s only when the cysts look different, grow larger and don’t resolve naturally that they should be examined via surgery, says Dr. Friele, who practices minimally invasive procedures that don’t require an incision.

In some cases, even when they are benign, the cysts should be surgically removed.

The possibility of cancer

While most ovarian cysts are benign, women and their caregivers should be vigilant about them, responding to feelings of pain and other signals that may mark the presence of something abnormal. In addition to pain, symptoms of ovarian cancer may include bloating, feeling full, vaginal bleeding or a change in bathroom habits, such as a more frequent urge to go.

“The biggest thing we need to rule out is whether it’s cancer or not,” says Dr. Friele.

Ovarian cancer can grow undetected, with no obvious symptoms. And among women, ovarian cancer is the fifth leading cause of cancer deaths. That’s why it’s so important to keep watch on cysts.

When a health care provider finds a cancerous cyst, she or he often can remove it with minimally invasive surgery. Sometimes the cysts are removed along with the ovaries and the Fallopian tubes. The choices may depend on a woman’s age and desire to give birth later.

Risk factors for developing ovarian cancer, according to the U.S. Centers for Disease Control and Prevention, include:

• Being middle-aged and older
• A history of ovarian cancer among close family members
• Having had breast, uterine, or colorectal cancer
• Having an Eastern European (Ashkenazi) Jewish background
• Having never given birth or having had trouble getting pregnant
• Having endometriosis, a condition in which uterine tissue grows elsewhere in the body

The key thing for a woman facing surgery is to see a provider who’s experienced in minimally invasive techniques. The vast majority of cysts can be treated without making an incision, says Dr. Friele.

If you have questions about ovarian cysts, contact the Gynecology Department at Swedish. We can accommodate both in-person and virtual visits.

Daylight Savings – Does it affect your sleep?

Daylight savings time can absolutely affect sleep, especially if you didn’t prepare for the sudden change –... Darius Zoroufy, MD, medical director of Swedish Sleep Medicine in Issaquah, breaks down some of the latest...