Swedish announced today it has received the 2014/2015 Consumer Choice Award from National Research Corporation. The annual award recognizes hospitals across the country for the highest quality and best reputation among area consumers.

Winners are determined by consumer perceptions on multiple quality and image ratings collected in the company’s Market Insights survey – the largest online consumer health care survey in the United States – surveying more than 290,000 households. Hospitals named by consumers are analyzed and ranked based on Core Based Statistical Areas defined by the U.S. Census Bureau, with winning facilities being ranked the highest.

“It is an honor to be recognized by our patients and the community for the hard work we do every day to improve the health and well-being of each person we serve,” said Anthony Armada, FACHE, chief executive officer of Swedish Health Services.

This is the 19th anniversary of the Consumer Choice Award.

“The complexity of healthcare has urged consumers to play much more of an integral role in their care decisions, which in turn, is prompting hospitals and healthcare systems to lead a proactive approach to brand awareness,” said Brian Wynne, Vice President of Sales at National Research. “This year’s winners have done an exceptional job of representing their organizations in terms of high-quality care, improvement initiatives, and positive consumer perceptions and experiences.”

A full list of award winners is available in the Oct. 13 edition of Modern Healthcare magazine. 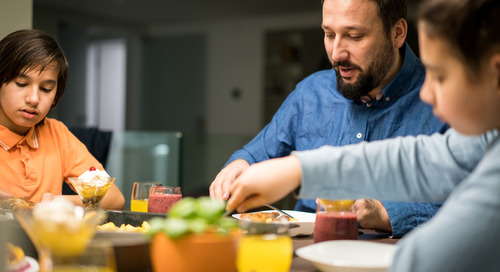 7 benefits of eating together as a family

Regular family meals are good for children and for the family as a whole! Here's why:1. Eating together enc...