Home » Swedish Blog » What is voice therapy and how does it work?
× Share this Article

What is voice therapy and how does it work?

You have seen an otolaryngologist about a voice problem and have now been referred for voice therapy. And you may wonder - what in the world will that involve?  You might think, I already know how to talk!

Voice production is complex. It involves many muscles, multiple systems, and the balance and coordination of these systems in order to produce a healthy voice. Often these muscles or systems can become tight, strained, or imbalanced.  This can either cause a voice problem, or result from a voice problem.  The system can also become imbalanced following voice strain; with a weak vocal fold or a vocal fold lesion; after a cold; or from other sources of throat irritation such as reflux.

Think about pulling a muscle in your back.  Over time, other muscles may become strained by trying to guard, protect or compensate for the initial muscle injury. Your throat is like that too, although many people don’t realize it until something goes wrong with their voice.

Voice therapy is like physical therapy for your voice.  Just like athletes work with trainers and physical therapists after an injury, people with vocal issues benefit from working with a speech pathologist.

During voice therapy sessions you may be asked to:

Voice therapy doesn’t need to be a mystery.  Working with a speech pathologist who has specialized training in voice therapy can help you put your best voice forward! Next time you think about burgers and fries, think about this: these and some other foods are high in sat... 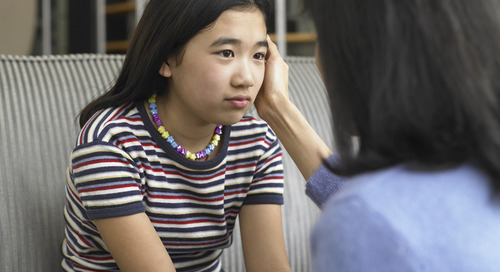