Home » Swedish Blog » Anything worth doing is hard
× Share this Article

Anything worth doing is hard

In October 2002, some colleagues and I, all musicians, had agreed to provide entertainment for a Halloween party at the organization where I worked. I was to play keyboards and sing. Two days prior to the event, I got up to get a glass of water and my right ear started ringing. I felt lightheaded and then I noticed my entire left side went a little numb. I thought it a little strange, but I didn’t worry and went on with my day.

When I got home that evening and told my wife about the numbness, she was worried and suggested we visit the ER to get it checked out. We ended up spending that night at the hospital and after a bunch of circulatory and neurological tests, we received the diagnosis. It was multiple sclerosis. I had no family history of MS and I flat-out rejected this conclusion. It took three opinions from three neurologists at three hospitals before I finally accepted it.

The day after my first diagnosis, I realized numbness was the least of my concerns. I discovered my left arm and hand were too weak to put on socks. When I tried to play guitar and keyboards and couldn’t, I got worried. Really worried. I had been a musician most of my then 43 years and was now facing the possibility that those days might come to an abrupt end.

Then I thought of my dad. He was born with cerebral palsy (CP), a neurological disorder caused by brain damage before or during birth. CP had left his hands clenched like fists, but he had taught himself to play notes on the family piano using the first knuckle of each thumb. His deep love of music and his will to simply play notes woke a new power in him. His hands eventually opened up and he gained full use of his fingers. He ended up playing the organ, bass pedals included, all over the South and at churches in Seattle. My dad gained a skill he previously didn’t have despite of cerebral palsy. It was clear to me that giving up my music was not an option and that I was going to get back what I had lost.

After months of trying and finally playing dead notes and chords, my coordination and strength eventually returned.  A little more than a decade later, I am helping other neurologically challenged musicians, thanks to the MS Center at Swedish and the generous donations of musical equipment by music stores and individuals. I lead a class called Get Back Your Music, working one-on-one with people and in group “jam sessions” that focus on reconditioning areas of the body affected by MS. By being persistent, patients can use neuroplasticity – the brain’s capacity to adapt and change — to recover lost skills.


I have chosen not to take MS medications. I’ve treated my disease with a healthy diet and exercise – and, of course, my music. Music transcends physical limits. It doesn’t matter whether you play instruments or listen to them, the brain responds. And neuroplasticity can work for everyone. I've been asked if it’s been hard to get back my musical skills.  The answer is yes, but then anything worth doing is hard.

Our ultimate goal at the MS Center: to start a band. You can learn more about my music class in this KING 5 video report. And you can learn how to sign up for the class here.

Here are the lyrics from my new bluesy tune called “Brain Plasticity.”

Went for a walk to see my baby
When I fell down to one knee
My baby thought I was proposing
Dr. said it was disease

Well, I ain’t gonna to give up walking
I’m gonna to do what I please
And as for that disease
I say don’t MS with me
I got brain plasticity

I know a drummer, she played for decades
Man, she could sure lay down a groove
But she had to slow down
For she had found
Her right leg could barely move

Now, she ain’t gonna give up drumming
‘Cause without drums the band ain’t got a beat
Now she tells her legs and feet
She says don’t MS with me
I got brain plasticity

Now, he ain’t gonna quit guitar
Said the picking’s gonna come on back to me
And as for this PD
He said don’t you mess with me
I got brain plasticity

May is ALS Awareness Month and while the ice bucket challenge may not be prominent on your Facebook feed th... 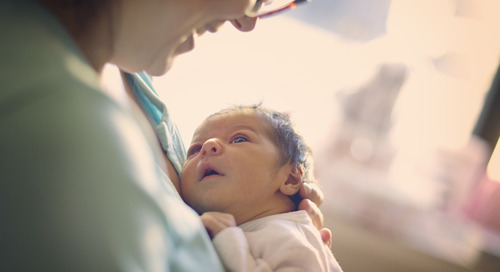